I’ve made it through Turkey to Lesbos, a Greek island just off the coast of Turkey. I came here hoping to speak with some of the migrants who have made it to refugee camps located on the island. Many of these people come fleeing conditions and conflicts that have been exacerbated by climate change impacts, and I had hoped to use my platform as a space for people to tell their stories. Unfortunately, the Greek government has placed a strict ban on journalism and photography inside all Greek refugee camps.

The ban is nominally in response to complaints by migrants and aid workers, who argue (legitimately, in my opinion) that the press can be disruptive to relief efforts and violate the privacy of migrants at an already difficult time. But bans also make it much more difficult to bring to light the camps’ worsening problems with violence, drug use and human trafficking, and the Pan-Hellenic Federation of Journalists’ Unions, one of the country’s most influential organizations of media professionals, has protested the rule.

Regardless, I’m here now, preparing to move on to mainland Greece, and from there on towards Copenhagen. It feels strange and amazing to be leaving Asia behind me (for now), having pedaled more than a quarter of the way around the world. On to Europe we go!

My route across western Turkey, from Cappadocia through Konya and Tire to Ephesus, and then on to Izmir and Lesbos. 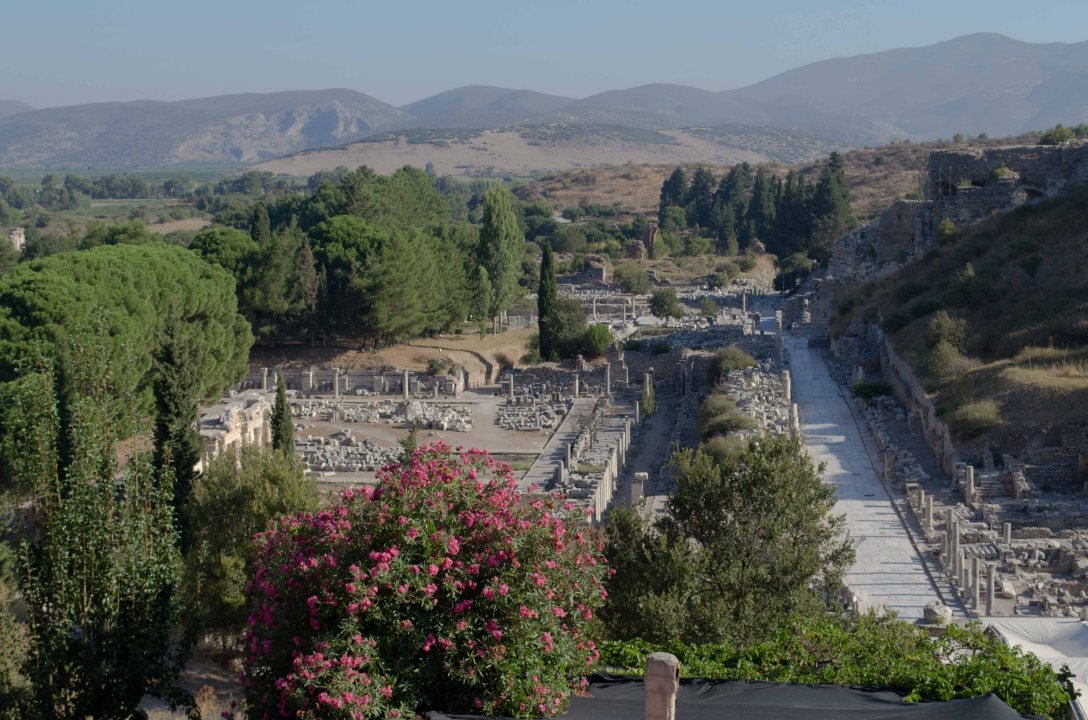 The ancient Greek city of Ephesus flourished as a port and administrative center on the coast just south of present-day İzmir.