It all feels so familiar. I was born in the Berkeley and have a few memories–images, really–from the time before my family moved north to Oregon. But it’s the West Coast culture that strikes me, the health foods and dominant liberal culture. I’ve been back for a month, looking for jobs and spending time with friends, but the my times as a foreigner already have a dream-like quality.

I won’t fast forget the time that I spent in all of those places. I’ll probably be back out there before long. But I’m home now, even as I bike the 636 miles left to Eugene.

My route through and around the cities, only counting the times that my bike was loaded up with touring gear. I took a train from San Antonio to LA, and a bus from LA to San Francisco, because I wanted to meet with friends who were passing through the area. 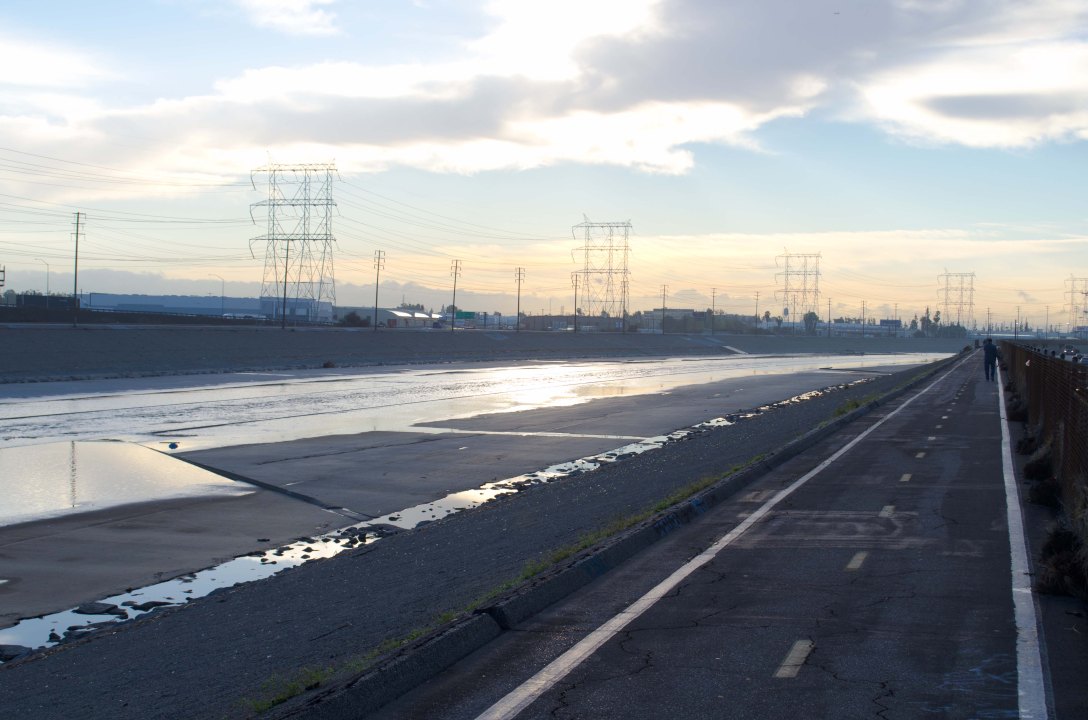 I got into LA aboard the 5am Sunset Limited, and had a nice sunrise over the LA river. The city is planning a massive project to rip out all this concrete and make a huge greenway along an 11-mile stretch of the river. The plan will help protect the city against climate change impacts like rising sea levels and heat waves, but it has also stirred up concerns about gentrification along the river corridor. Many climate adaptation efforts likewise have the potential to raise housing prices and negatively impact poorer communities and communities of color, causing some to suggest that “urban renewal” projects ought to include plans to keep local housing affordable. 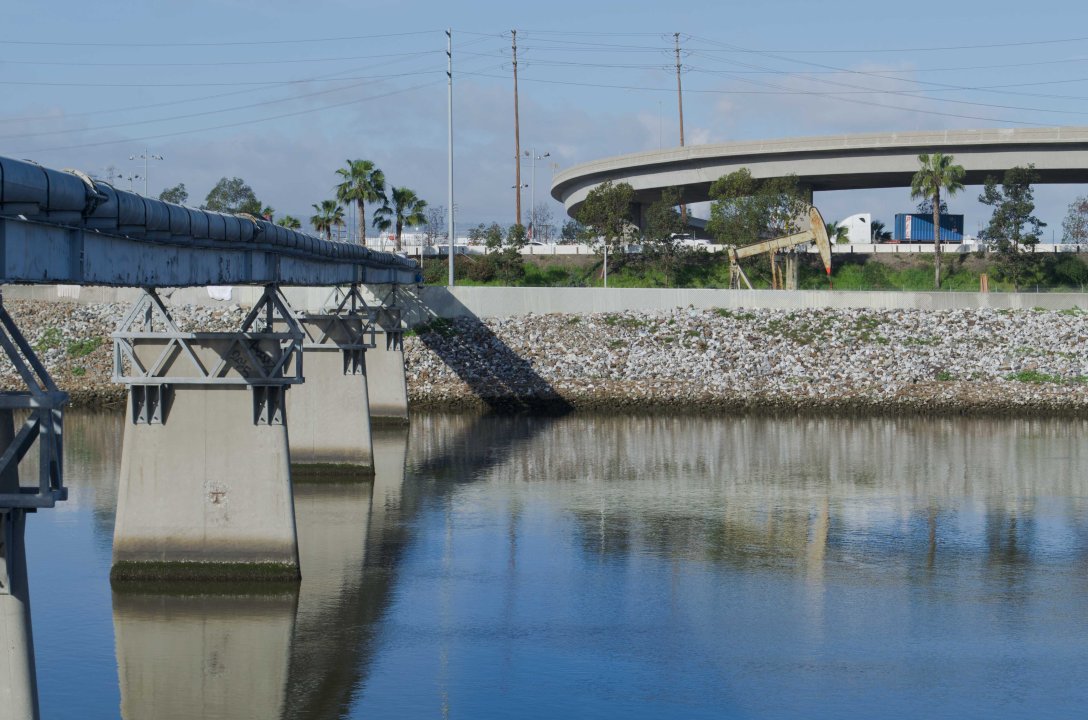 This oil well and pipeline over the LA river put Standing Rock on my mind. If you’re a customer of Wells Fargo, Citibank, US Bank, Chase, or SunTrust, please urge them to divest from the Dakota Access Pipeline. Even though this project is proceeding, divesting can help stigmatize investments that support pipelines and infringe on the land rights of American Indian tribes (Learn more about the banks funding the Dakota Access Pipeline here.) 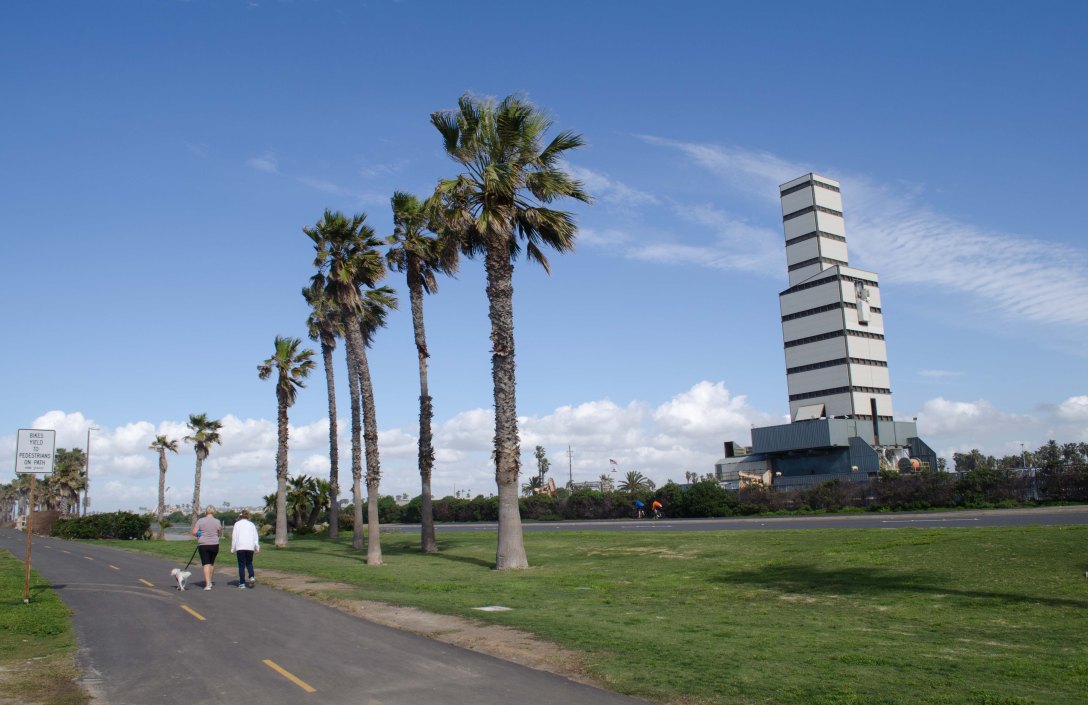 Can you spot the oil well? LA is built on top of lucrative oil wells, but people don’t like looking at the extraction infrastructure, so many of the city’s oil pumps are cleverly disguised as buildings. 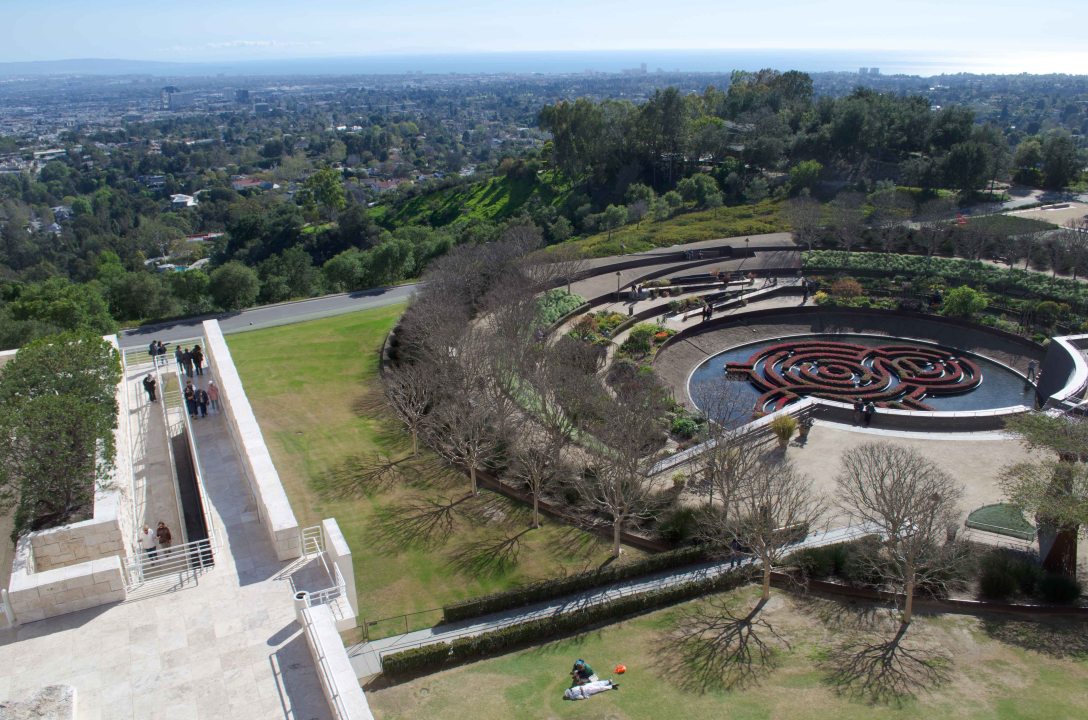 Looking out over Los Angeles from the Getty Center. As an Instagram follower pointed out, this view would once have been completely obscured by smog. Thanks, EPA! 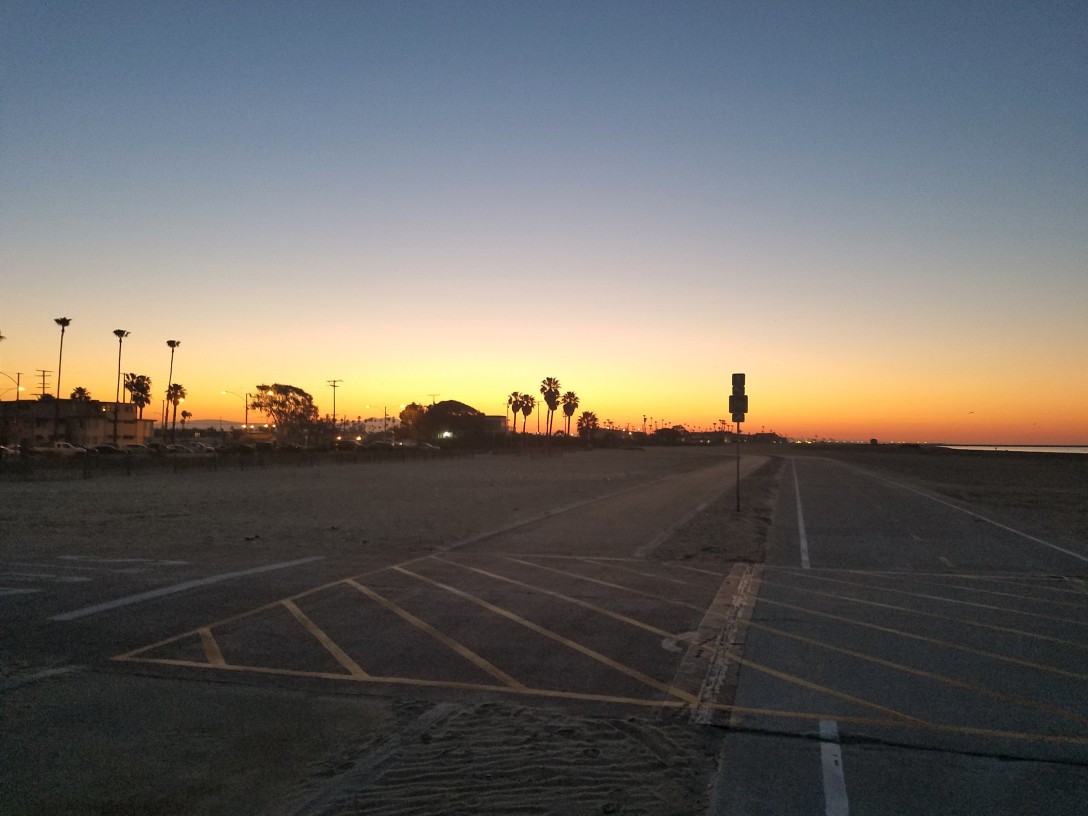 I was really excited to see so many bike paths in LA. There aren’t a ton on the surface roads themselves, but bike- and pedestrian-exclusive paths like these run much of the length of the LA river and the nearby coast. 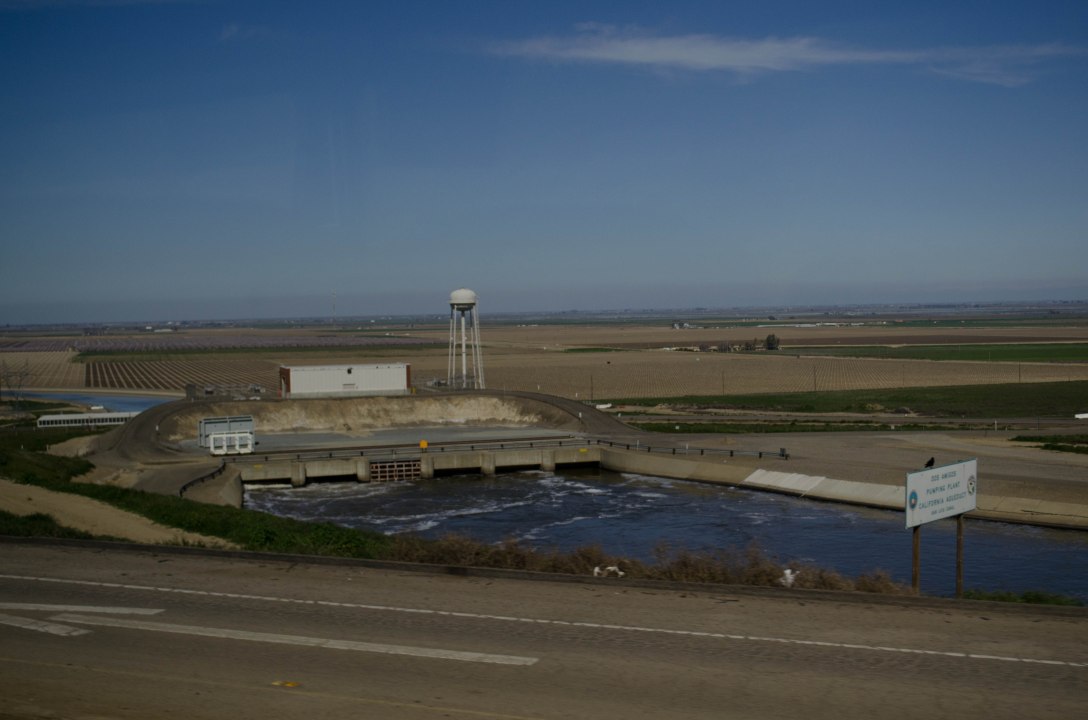 Water in California. As in many other regions of the world, climate change has increased the likelihood of extreme droughts and flooding in California, putting its water and food supplies in danger. 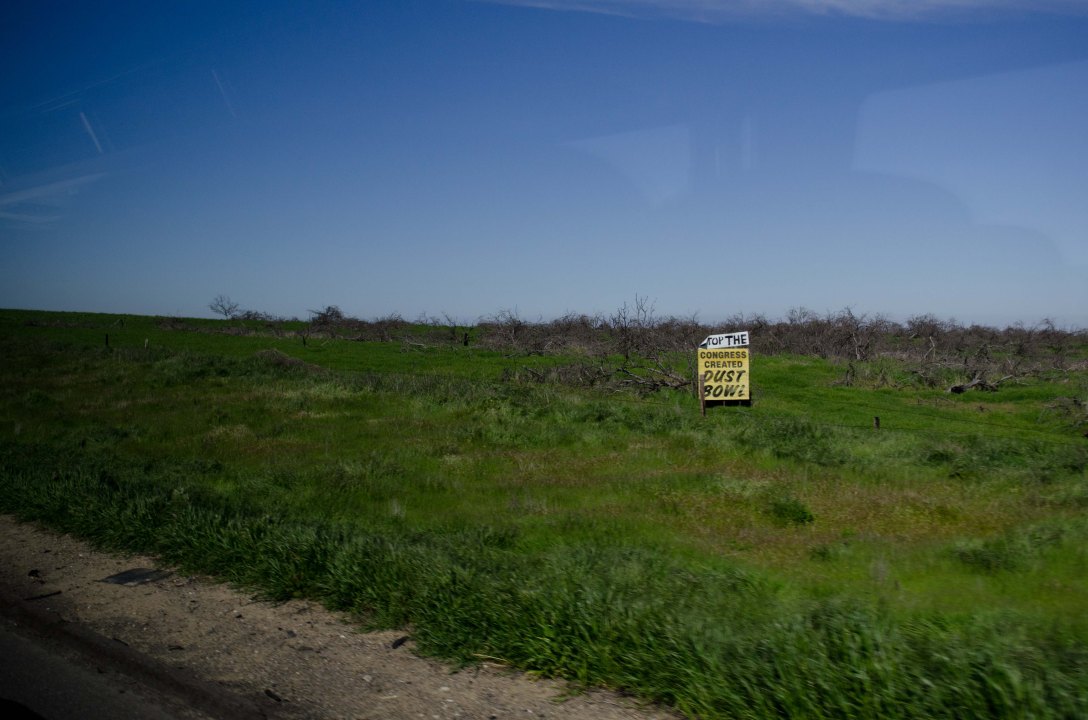 Felled trees along I-5 in southern California. Many signs along the highway expressed anger over drought-induced water restrictions. The conservation policies were put in place to ensure a sustainable water supply in the context of increasing supply fluctuations, but few seem to acknowledge this. I saw this summer, when I visited the Aral Sea, how unsustainable water use can obliterate communities, and how a strong local understanding of sustainable water use can lead to a rapid recovery for local economies and community life. But I can also see how it would be deeply frustrating, in what are already times of austerity for rural American communities, to see restrictions placed on farmers’ ability to grow their crops. 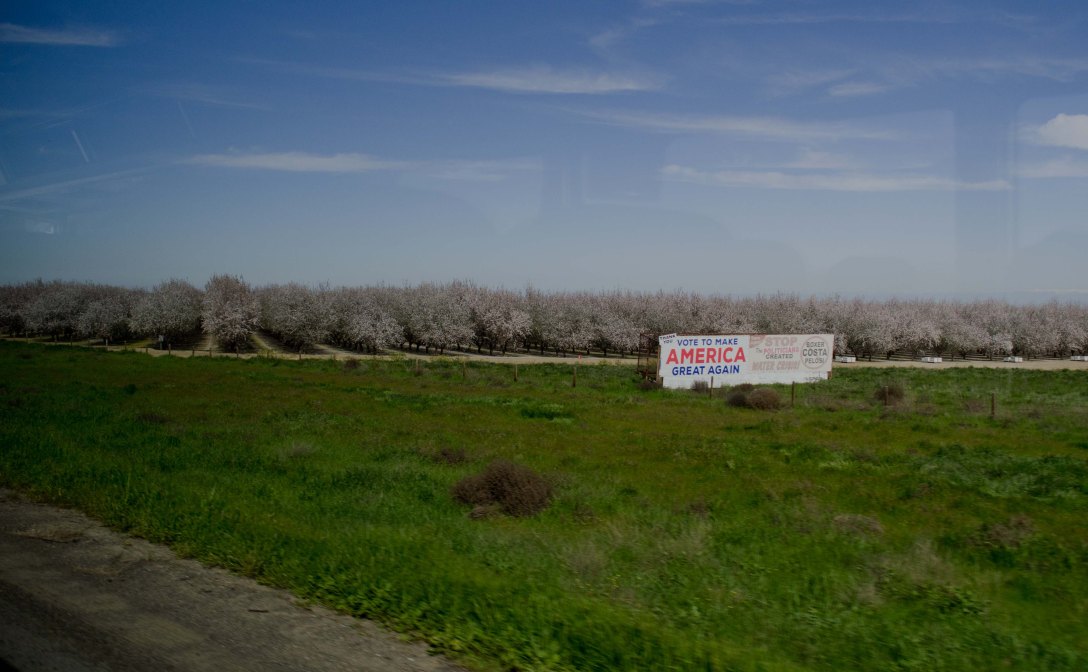 This frustration has put parts of California farming country in the Trump camp, but I wonder how that would change if we had a reasonable immigration policy.

Climate change is invisible here, driving a wedge further between cities and rural communities, hitting the livelihoods of farm owners and workers. Farmers blame their representatives for policies designed to avoid catastrophic water shortages, and not the power structures that have driven our reckless combustion of coal and gas. How do we bridge the gap between city-dwelling politicians and their constituent communities, who actually know the business of growing food, but who seemingly want to ignore the necessity of long-term resource planning?

And what if immigrant communities that call California their home, but don’t have the documents to prove it, what if they had the vote? What if we didn’t employ our immigration control as a force of intimidation and fear, erasing the voices of migrants from our national conversation? 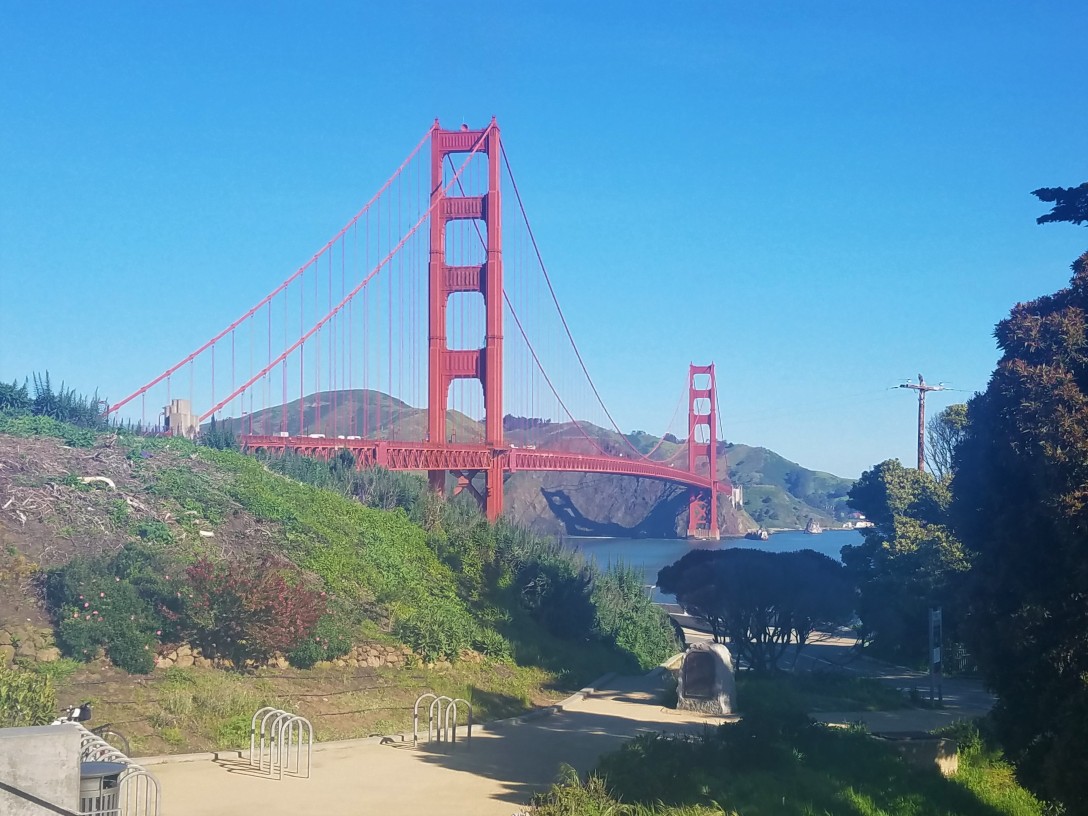 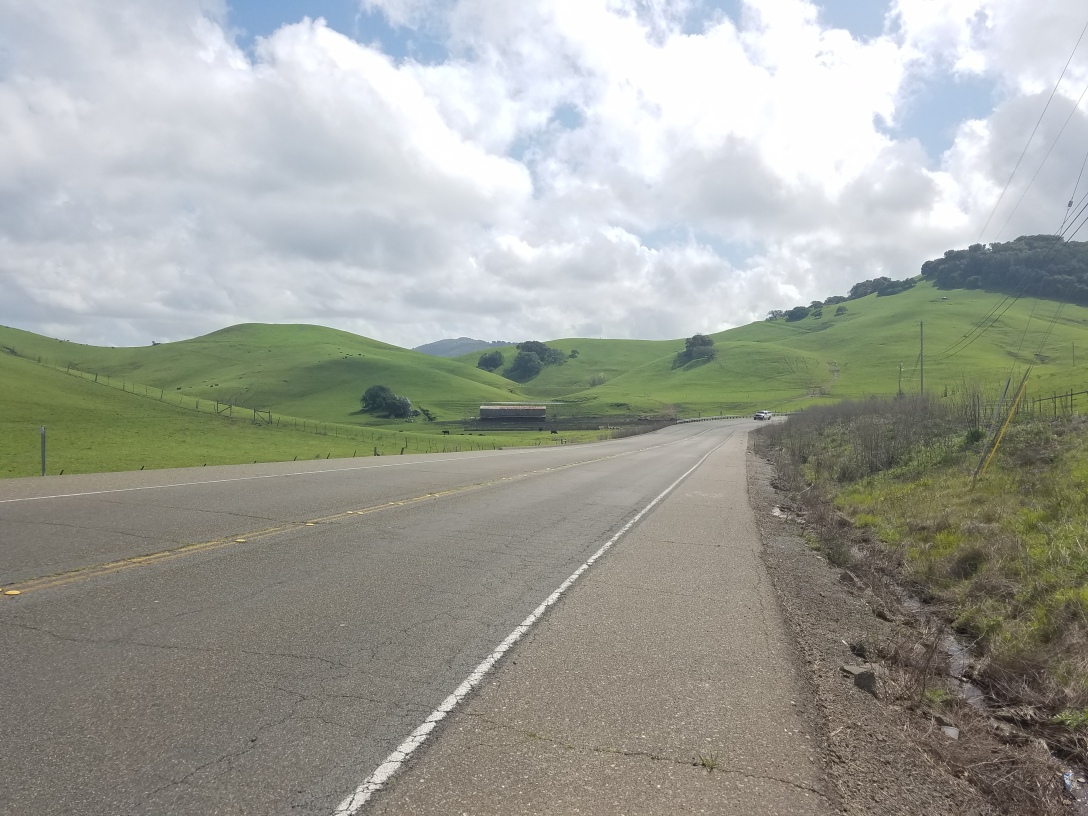 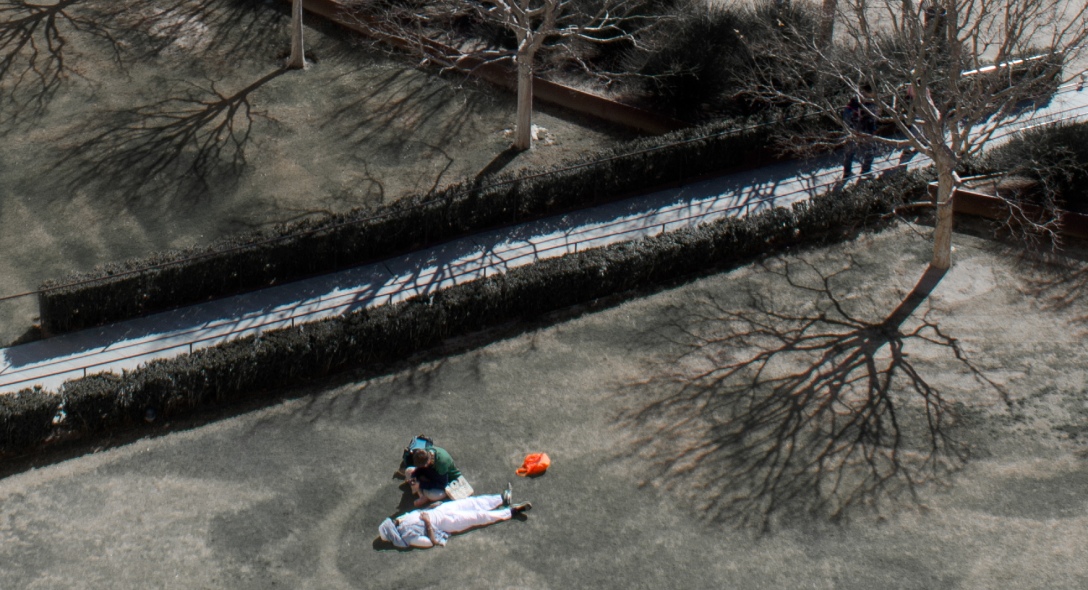 Weird corners of photos at the Getty Center in LA.