After two weeks reporting on this year’s UN climate conference in Morocco, and a few more traveling through the country with other members of our team, I found myself in the northern port city of Tangier.

My sister graduates in May in Washington, and I was getting towards the end of my funding, so I knew I would soon have to turn homewards, but I felt I was still missing a core part of the European story. When I first entered Europe in September, I had hoped to get a sense of what these countries had done to change their relationship with the climate. They share vast material resources and a history of moderate action on climate and energy issues. But their short-term energy and resource pictures are complex, with entrenched fossil fuel interests pushing back against a desire for energy independence–namely, from Russian oil and gas.

Because of the timing of the climate conference, though, and minor catastrophe on our way through Montenegro, I hadn’t had much time at all in Central and Western Europe. My friend was visiting Barcelona for the holidays, so I decided to ride up through Spain, with an eye towards renewable energy and community organizations that promote small-scale renewables ownership.

I crossed the strait by ferry, then rode up from Tarifa to Córdoba and Madrid, before turning east through the mountains to Barcelona.

The Brazo del Este wetland and wildlife preserve, just south of Seville. A recent article in Science suggests that warming in the Mediterranean basin will continue to increase as human-caused climate change gets worse, and that this will cause a significant decrease in precipitation in the Andalusian region of southern Spain. If we limit warming to 1.5°C, the target set under 2015’s Paris accord, the area’s wildlife and farming might stand a chance, but on our current path, the region would most likely see recurring droughts and could turn into an extension of the Sahara.

Despite the threat of water shortages, though, cotton and rice fields were everywhere. Climate change is rarely the sole factor in desertification or flooding, and in this case, the Science authors emphasize that “population growth, economic expansion, or land use changes” could degrade soil quality and bring about even more extreme changes than the ones they project. Agriculture is far and away our most water-intensive activity, and rice and cotton are respectively number one and two on the list of thirstiest agricultural products.

Farming outputs in the region aren’t confined to food and clothing, though. The Andalusian region of southern Spain gets hit by more of the sun’s energy than any other place in Europe, giving it the potential to help power the region. Companies in Spain have already begun to harness this power using both traditional photovoltaics (above) and thermosolar plants, which use mirrors to channel the sun’s energy into a medium, usually salt. The salts used in this method become molten over the course of a day and can feed this power into the grid well after the sun sets.

Fittingly, it’s wind power that really dominates the Spanish landscape. I’ve seen hundreds of wind turbines during my time here, most of them spinning furiously. Overall, nearly half of Spanish electricity generation came from renewables between January and September of last year. 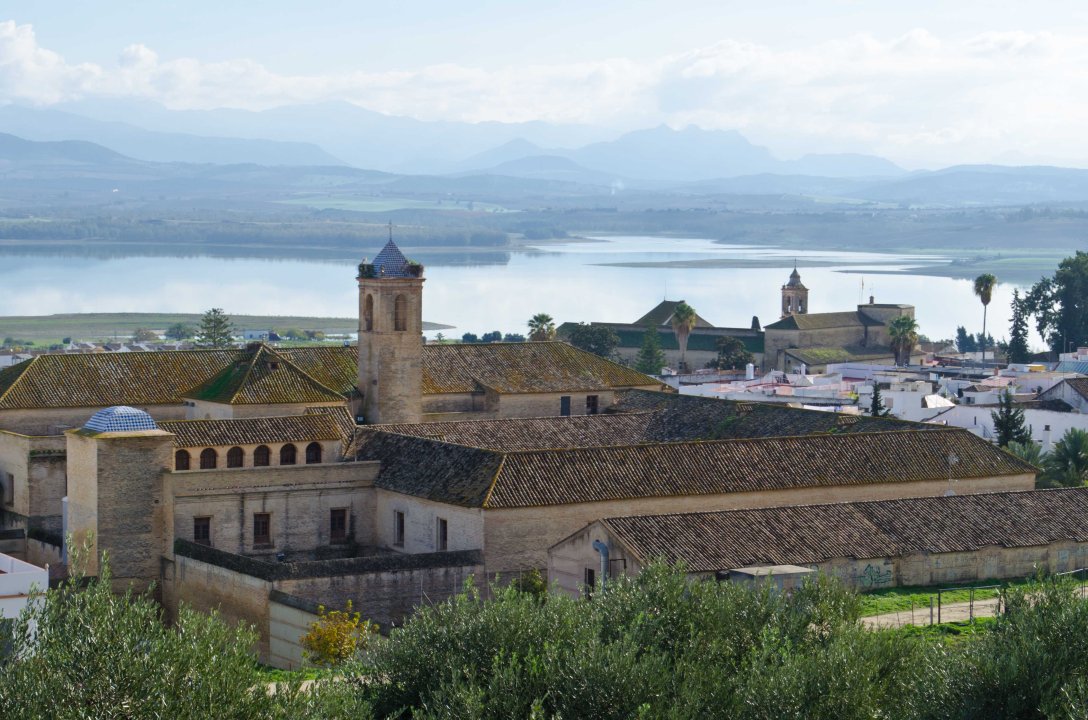 It’s hard to ignore the resemblance between Spanish church-towers and the square minarets of Moroccan mosques. The Iberian peninsula was the home of the Cordoban Caliphate, which is famous for its libraries, literary production and religious tolerance. Many churches and mosques in the region have been holy sites for two or more religions over their long history.

For two days before I arrived in Madrid, the landscape was covered in patches of dense fog. I thought it was pollution at first, the way it hung low in the valleys, but I saw no heavy industry in the area and it smelled fresh and cold.

An essentially unedited photo. It would be freezing and gray with no end in sight, and then all of a sudden I’d find the edge and emerge to a bluebird sky.

East from Madrid, I climbed through rocky valleys into the Sierra Nevada range. This was the coldest touring I’ve ever done–it would be freezing when I set out in the morning, and rarely get above 10°C/45°F during the day. 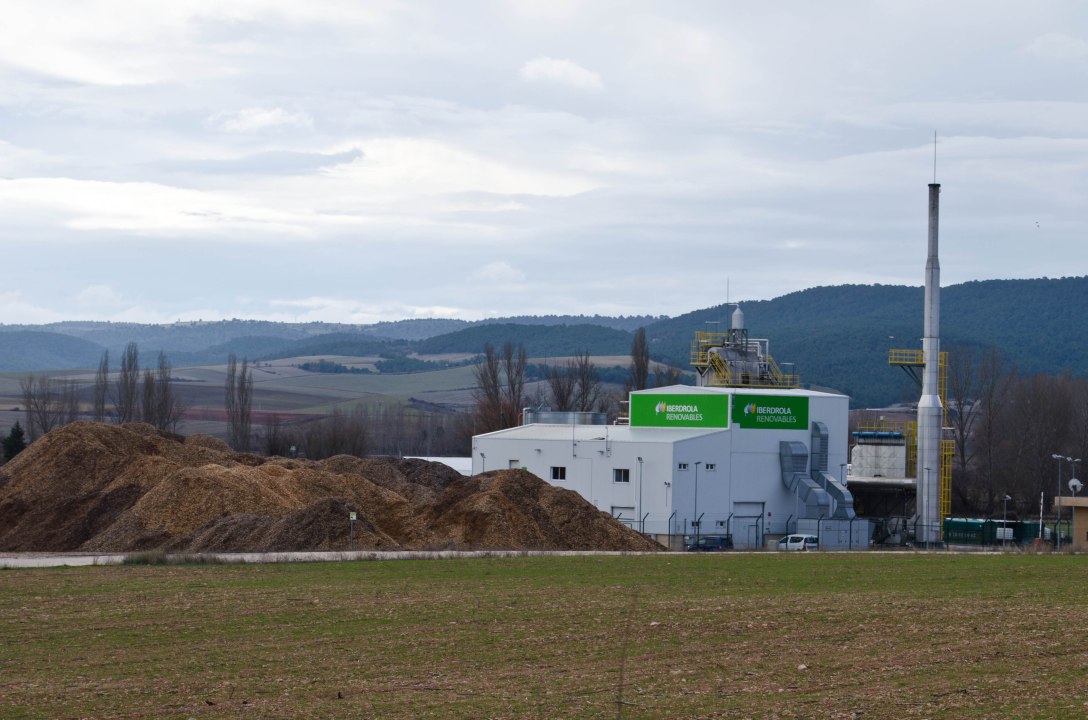 I came across this biomass power plant, run by a Spanish utility called Iberdrola, in the highest reaches of my road to Barcelona.

Reasoning that the biomass they burn is mostly composed of carbon that was recently CO2, the EU has designated wood pellet power plants as zero-carbon energy sources. But the reality is not so simple. Ongoing research is starting to hint that logging may increase carbon emissions from peaty forest soils, and there is growing concern among experts that encouraging wood-fired power plants could lead to deforestation in areas where regulations and enforcement are lax (for more on this topic, see this great Science article)

During low points in its domestic energy output, Spain imports energy from nuclear-rich France. With recent instability in the politics of nuclear energy in France, the Spanish government has been searching for ways of increasing its energy independence and diversifying its sources of domestic and imported energy.

For countries like Spain, renewables represent a triple opportunity: becoming energy independent, fostering new domestic industries, and mitigating the worst effects of climate change. But it’s important to remember that with the increasing importance of sustainable and low-emissions technologies to world markets, that not every technology stamped with the word renewable can deliver on its promises, and that even those who hope to help deserve skepticism. 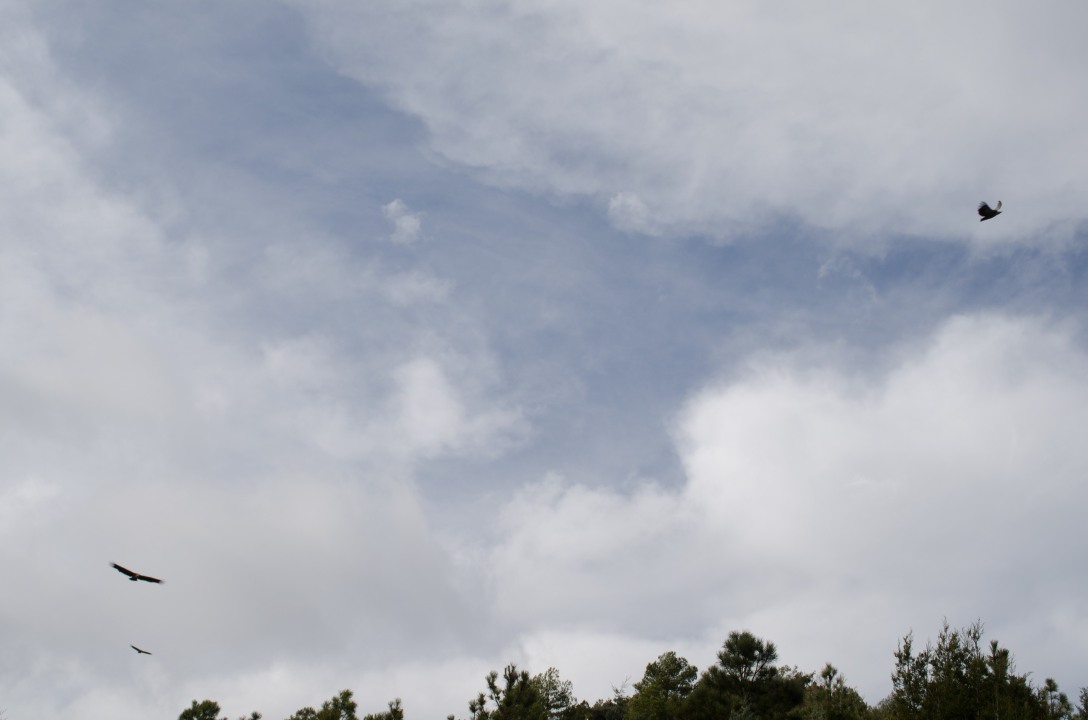 These are moments that will keep me cycling for as long as my body lets me. After a long climb out of a steep, pine-shaded valley, I stopped to warm myself in the late-morning sun. I looked up to this: five massive eagles, hunting from their thermals.

Wind turbines spin at sunset in the mountains west of Barcelona. 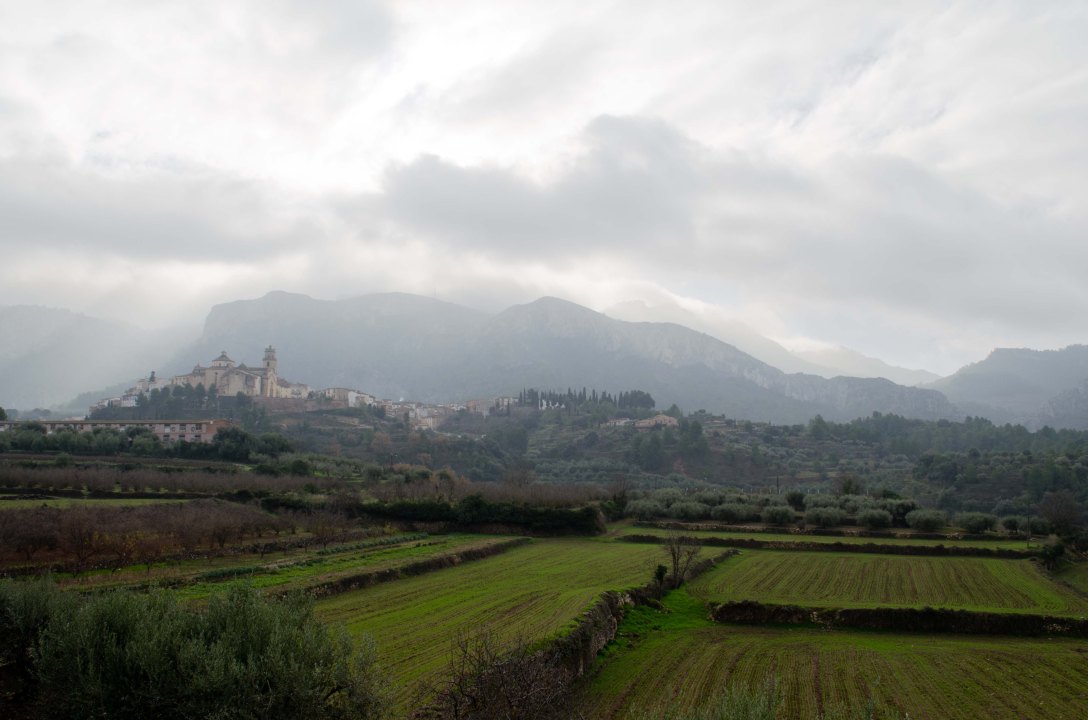 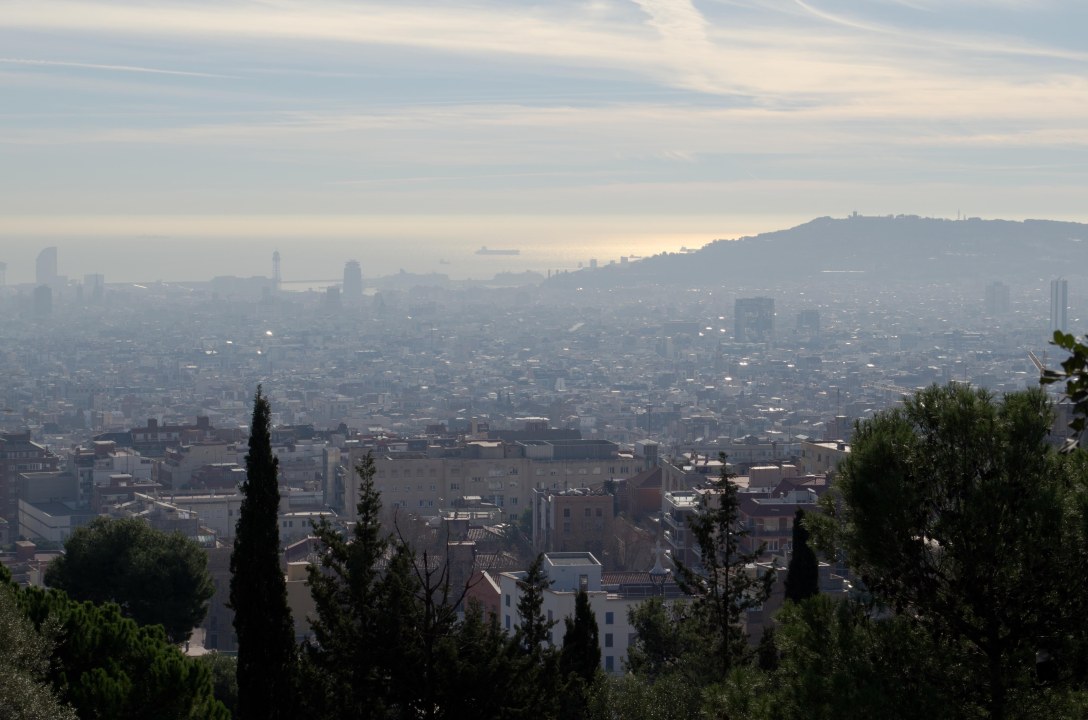 Barcelona in the final days of 2016, from the hills northwest of the city.

After another week of traveling around Catalonia with my friend, I’ll spend another 10 days in Barcelona. There, I’ll talk to groups that are working for energy democracy, that is, to make this energy system more equitable than the last, by putting control and ownership of renewable energy resources in the hands of individuals and communities.

After that, it’s back to the US, for the first time in almost a year. I’ll fly to Miami (the closest and cheapest destination in the US) and begin the long ride home. I feel lucky to have been able to have traveled so far, but it’s a relief to be headed home. I hope to continue towards completing 40,075 km (one earth circumference) once I’ve had time to save money and get more concrete experience in the world of energy and resources.

One thought on “A Renewable Landscape: 13 Photos from the Road”