In 2012, the late French street artist Bilal Berreni (alias Zoo Project) and filmmaker Antoine Page traveled overland across Asia to the Pacific Coast of Russia. They drove a truck full of art supplies and film equipment, stopping along the way to paint and film. Out of their trip came the film C’est assez bien d’être fou (It’s Quite Good Being Crazy) and myriad frescoes in Berreni’s distinctive, black-and-white style.

Berreni started painting urban murals at the age of 15 and became known for his life-sized portraits of people who died in the 2010 Tunisian Revolution. He said he was interested in what could be born from chaos, in the fall of capitalism and in what would come next. Of the Tunisian portraits, he told Le Monde,

In the beginning, this wasn’t my project, the martyrs. I’m not into hero worship, it’s a deadly thing. But these martyrs weren’t hotheads, they were innocent victims. In Europe, we absolutely want it to be a cheerful revolution. But this is not the case, what people want most is for those responsible for this nasty war to be arrested. They are seeking reparations. These portraits give them back their voice.

Bilal Berreni was murdered in Detroit while visiting the city in 2013, the victim of an armed robbery outside a long-abandoned housing project. He was 23.

I visited the Aral Sea last month in search of stories of one of history’s greatest environmental catastrophes and of the region’s ongoing recovery. And there, out in the middle of the dry seabed, I found Berreni’s work on the walls of an old, rusted ship. Portraits lined the walls, but this time of fishermen left idle by the disappearance of their sea. The space felt hallowed somehow, both enclosed and open to the great empty sea beyond its walls, the iron rusting into air even as it provided shelter for a clan of small yellow hawks. 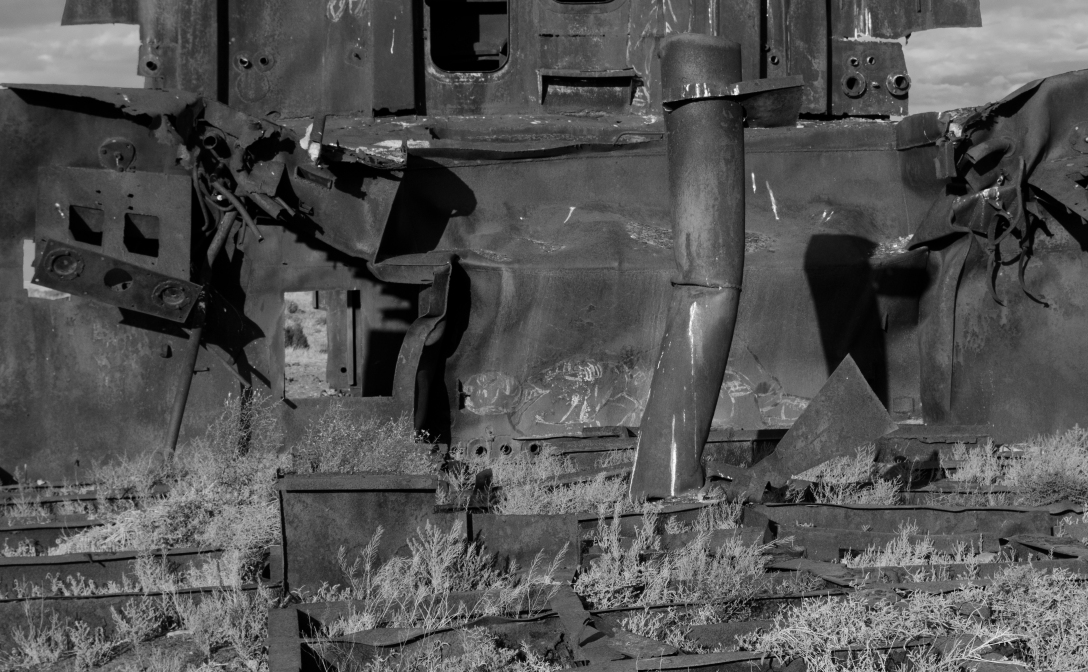 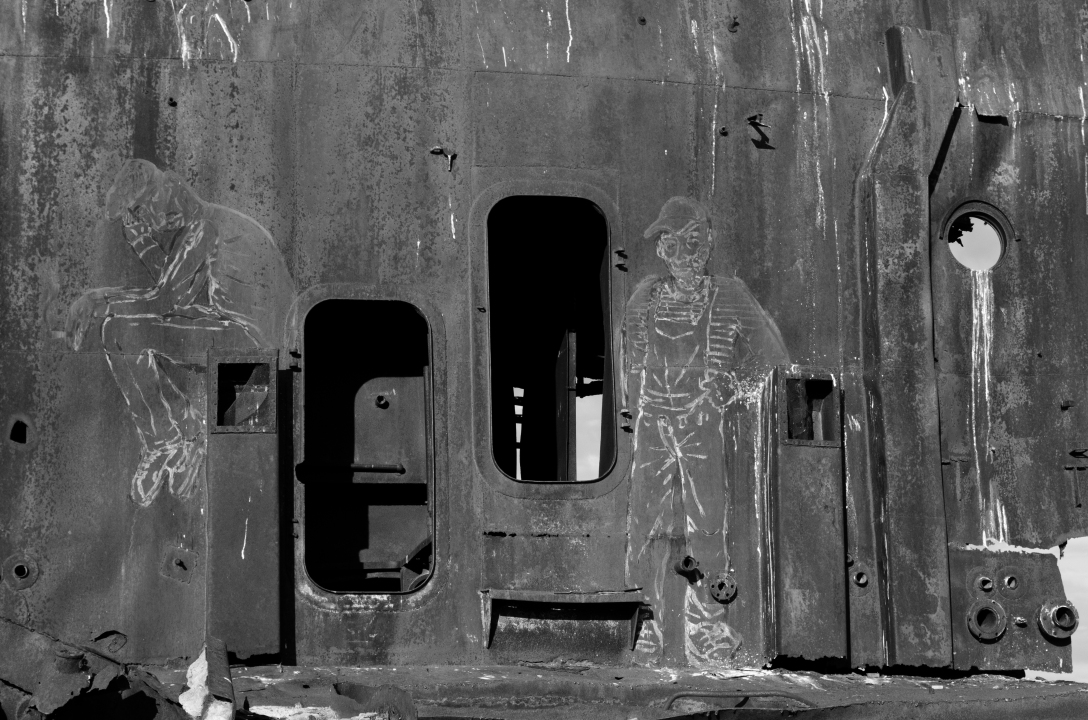 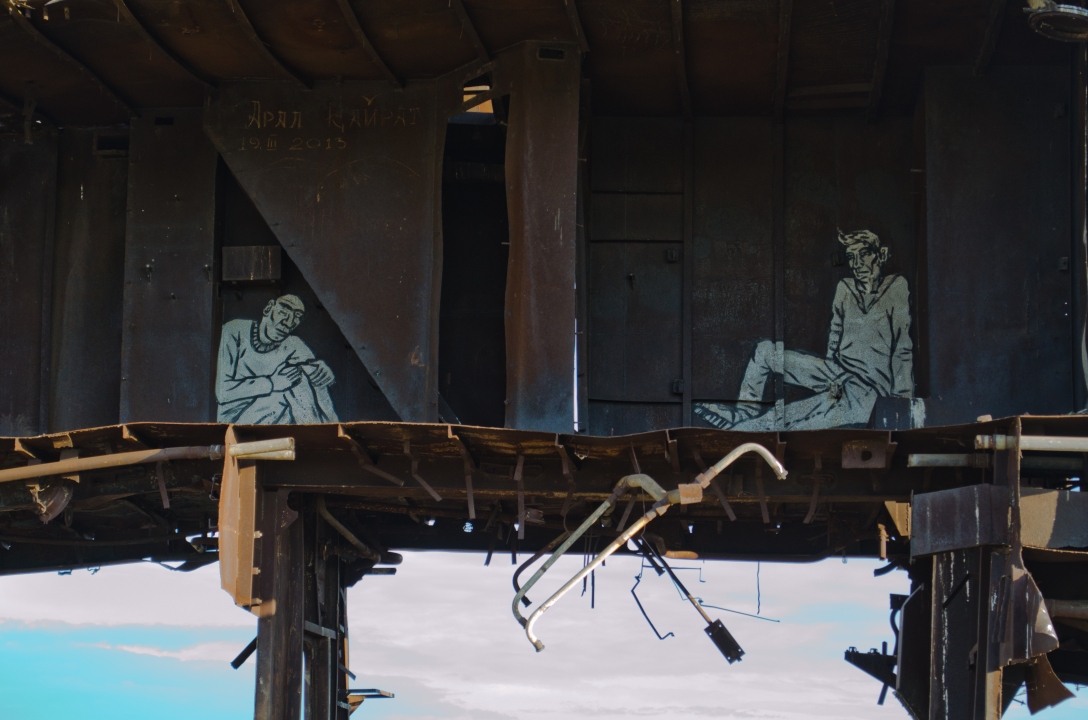 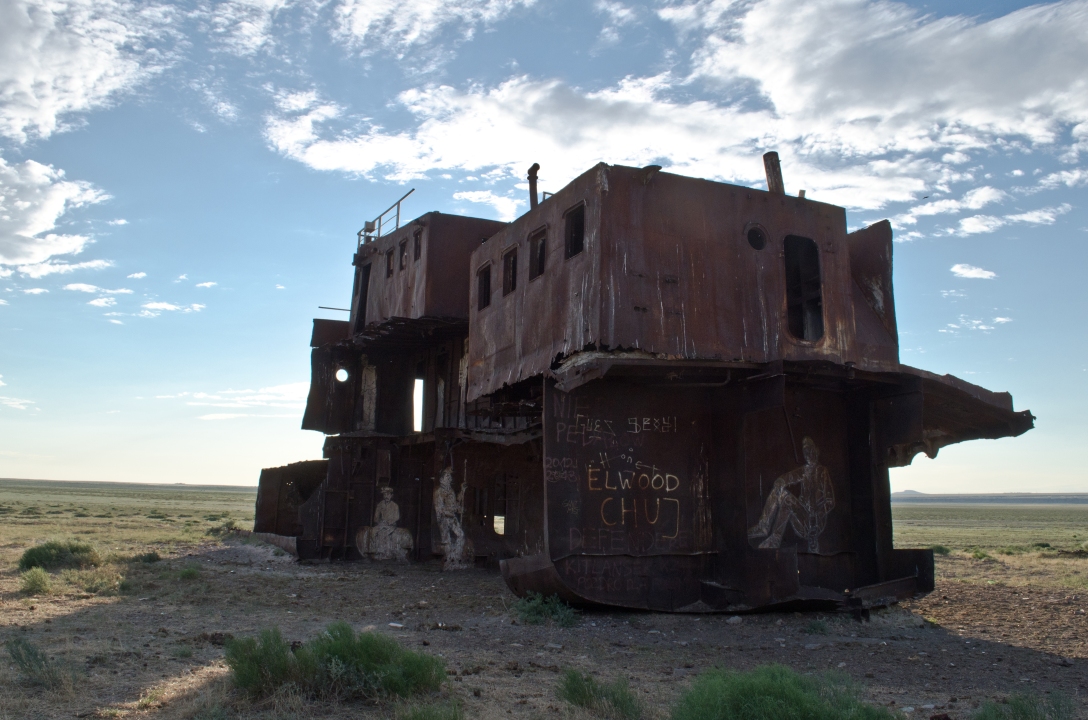 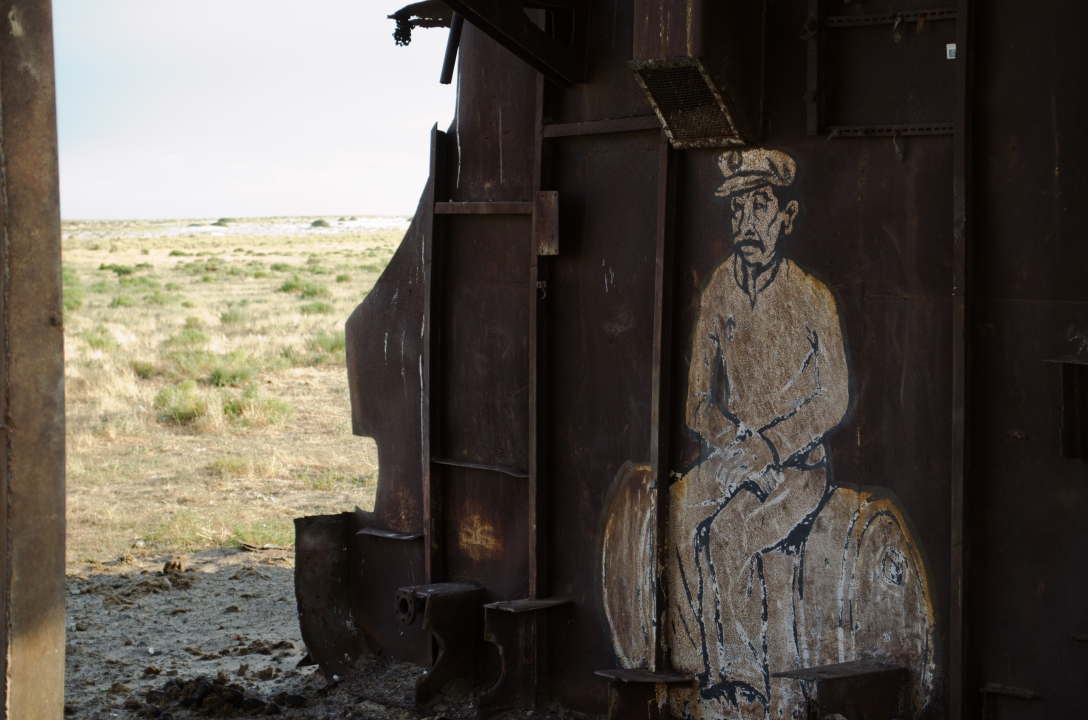 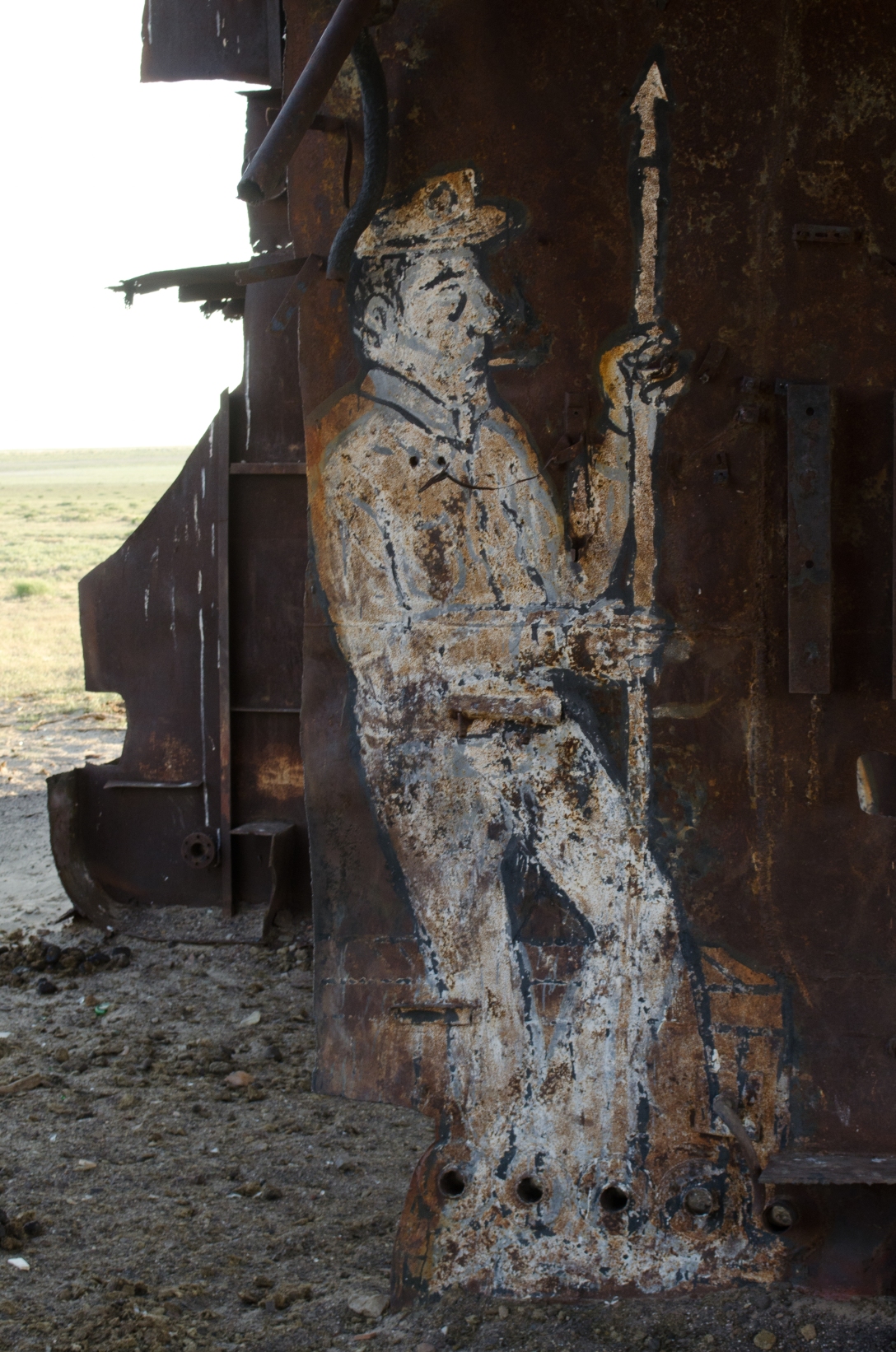 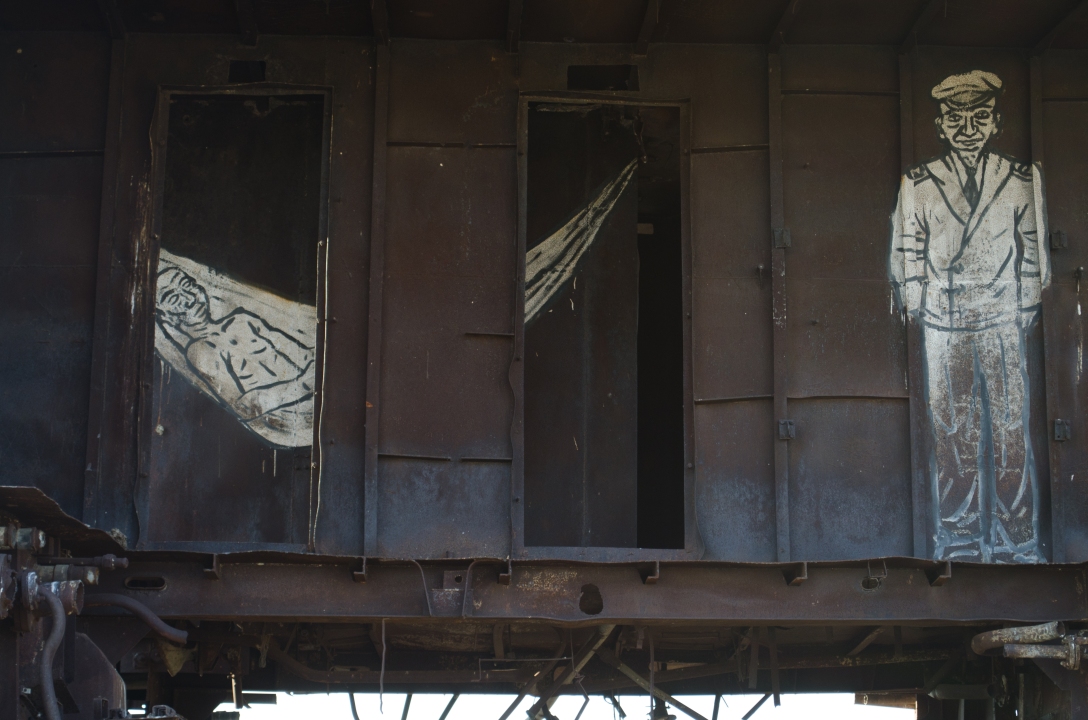 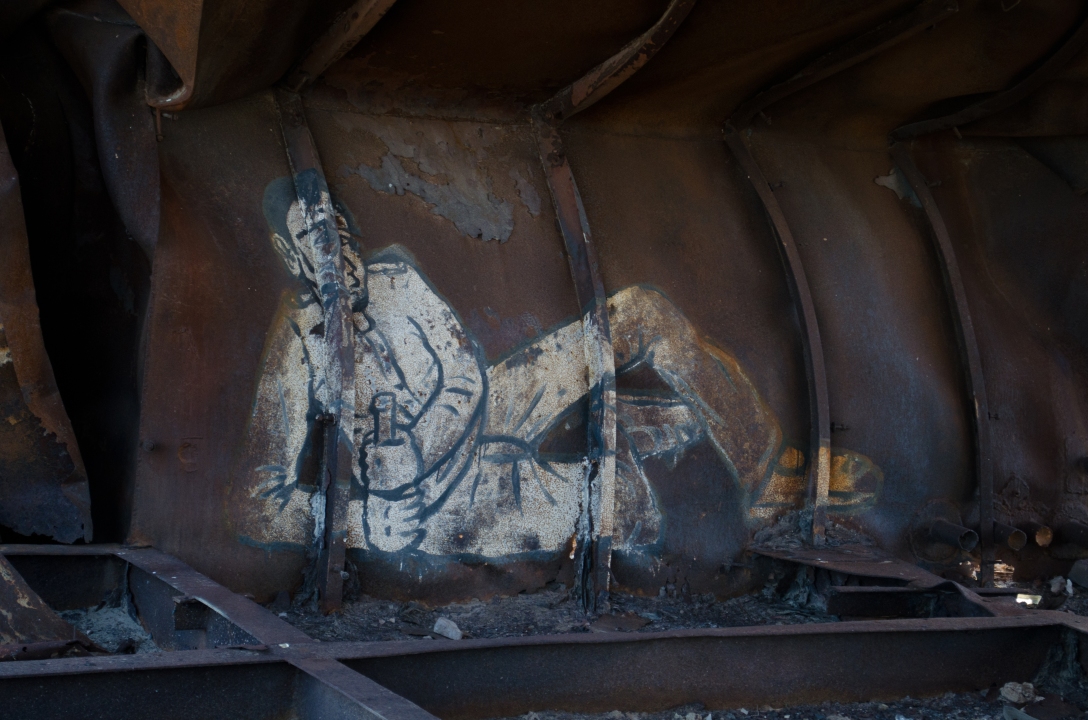 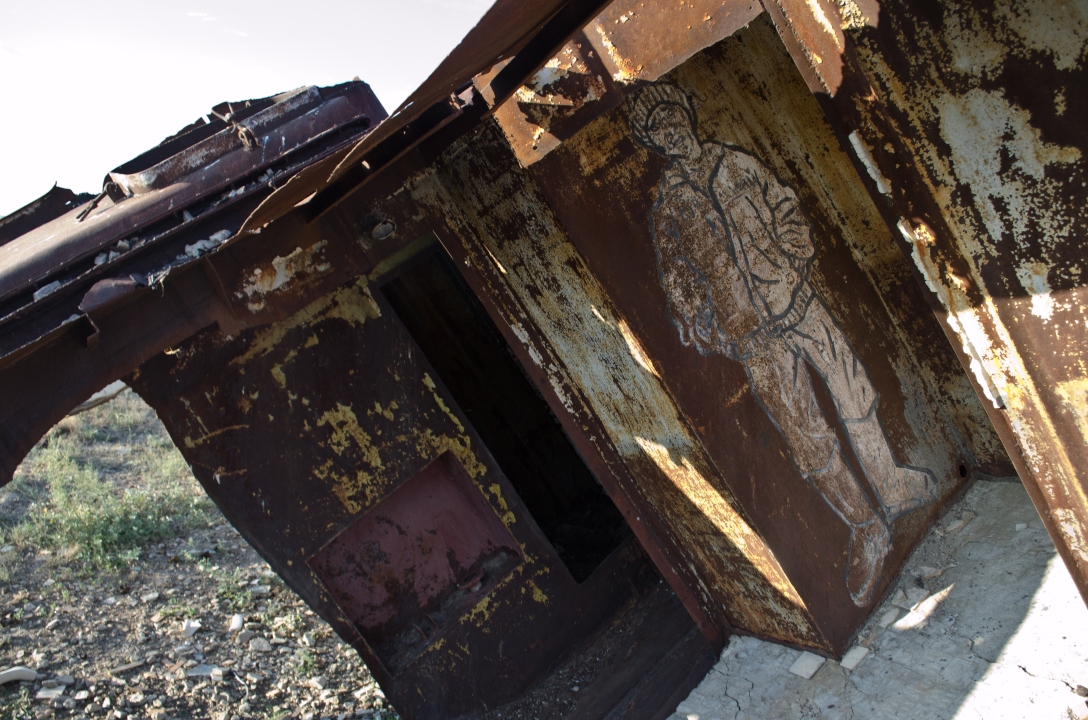 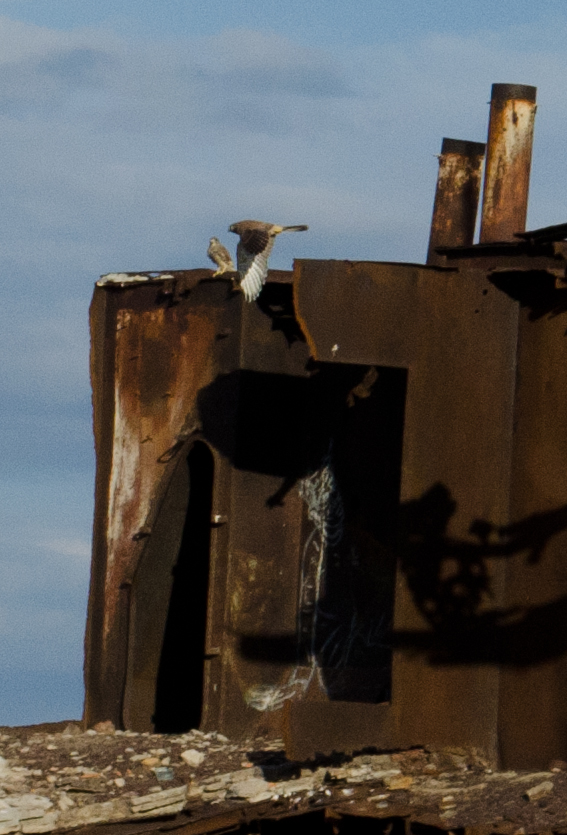 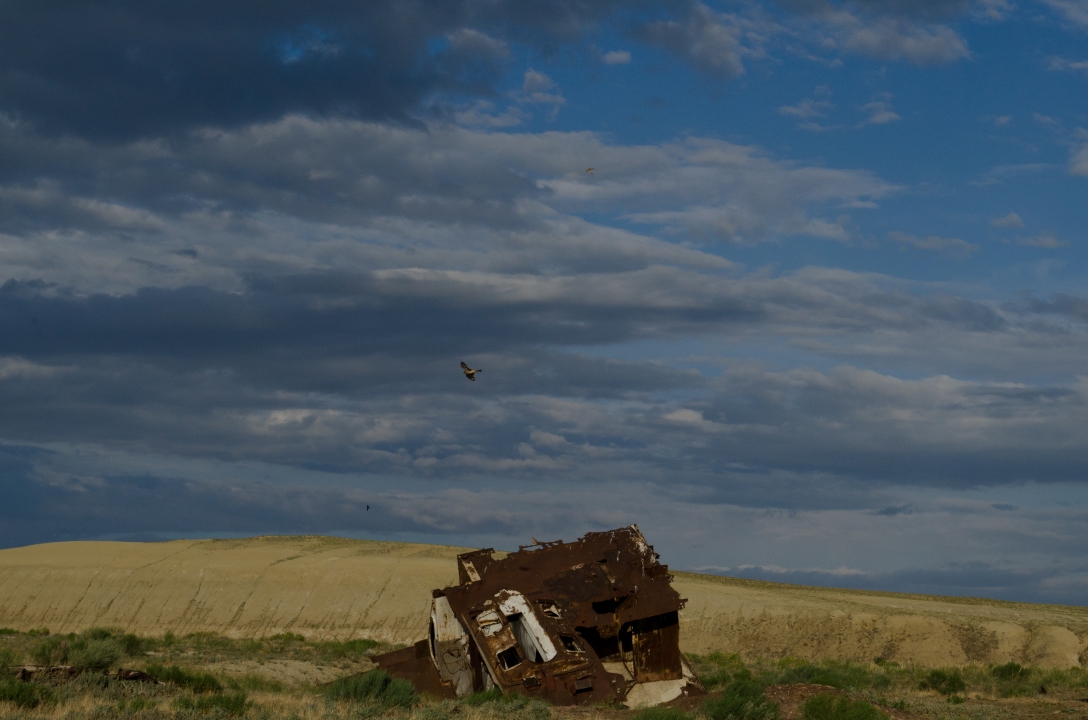 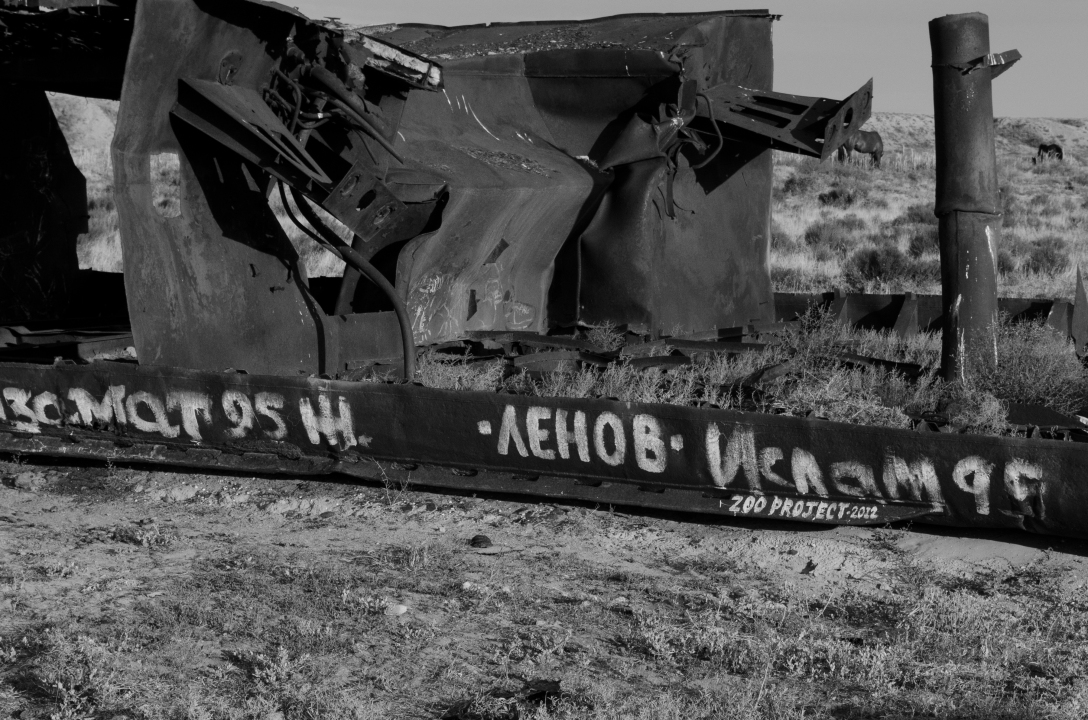 A little experiment of a video, and following, the segment on the Aral Sea pieces from Berreni and Page’s film:

2 thoughts on “Frescos on a Dead Sea: Art, Water and Justice in Central Asia”