Men with long hair and flowing pants drift by. Women dance alone to bands that play bluegrass, twirling in long skirts with their arms outstretched in a way I haven’t see since Eugene. The workday starts around noon, but that’s no strict rule. 大理(Dali, Yunnan) is one of those places that operates in parallel with the outside. There are travelers between this world and the wider one, but it keeps its own pace and counsel.

Chris DeLacy, a friend teaching in 石河子(Shihezi, Xinjiang) and I arrived in 大理 not knowing what to expect. We were in contact with some new-found friends who managed a small western food restaurant in the city’s old town and seemed like they might be willing to provide us with housing and food for the month of our stay.

We showed up at 8pm on a Wednesday, and by noon the next day we were the new Western Chefs of the Coocoo’s Nest. That seems pretty remarkable when you consider that neither of us had any experience as professional cooks, but the current chef had to make an emergency trip home, and having western chefs is a good marketing gimmick in a tourist town like 大理…even if your food takes half an hour to get out to the dining room.

Over the next week of our stay, it became apparent that questionable hiring practices were not the only obstacle to the Coocoo’s success. “Creative differences” had driven the original chef and half owner to sell his share and move to another province. A business deal made at the end of a long night of intoxication gave an imported foods store leeway to set up shop in one half of the already crowded restaurant, yielding only 5% of the import shop’s profits–maybe 100 RMB per month in a building that cost 10,000 a month in rent alone (A 10-year lease of a 5-person home in a neighboring village may be as low as a few thousand a year, but most businesses in the old town are run on start-up funds put down by the superwealthy of Beijing and Shanghai. Owning a business in a quaint town like 大理 is more of a diversion than an investment to them, and 10,000RMB/1,500 USD a month is no object).

In a word, The Coocoo’s Nest was failing.

Funnily enough, that wasn’t such a bad thing. In fact, if you ever have the chance to spend a month WWOOFing at a restaurant, I suggest you choose one that is on the ropes. On good days, we would have 5 or 6 customers. Some days, we had none. So we experimented in the kitchen, we read, we wrote, we caught up on American movies, we practiced our 汉字(Chinese characters), and we talked with the customers and the close-knit community of artists and musicians who call 大理home.

More than anything, we explored. We had Mondays off, and we took some Thursdays too, and walked into the magical mountains right outside our door. We traversed the 苍山 (Cangshan) mountain range, which Mongol forces once rode over in the dark of night, carrying out a surprise attack that ended the 3-century dynasty of the Nanzhao kingdom. The Nanzhao king had ruled territory from modern day Sichuan south into Laos and Cambodia. That was the first time the region was brought under Chinese control.

We inched across narrow ledges to get to the cliffside shrine of the Phoenix Eye Cave.

And the birds! The birds.

Finally, we climbed as near as we could to the summit of the 苍山(Cangshan) range, making it to a 4000m saddle before we turned back from a narrow and icy ridge. 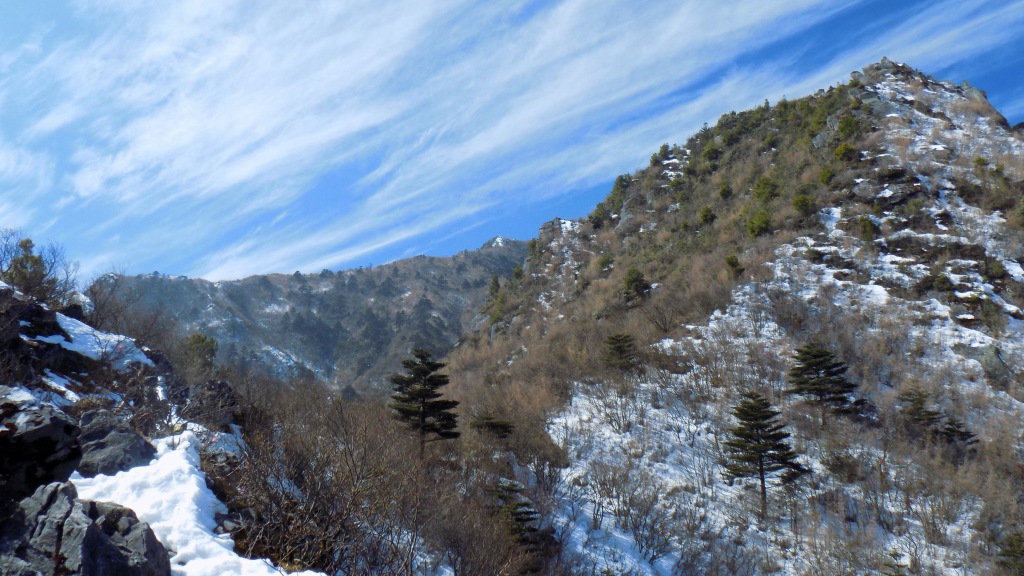 大理 was an escape, in a certain sense. Escape is my least favorite reason for traveling, but after a long and difficult semester of teaching, it was welcome. The town’s familiarity relaxed me–it felt a lot like home. And it was nice to see that even China has a counterculture, no matter how much it is socked away in its little niche and not really talked about as anything other than a tourist destination.

That’s where a lot of my uncertainty still lies, though, when I think about my time in 大理. If a counterculture is as isolated from its parent culture as 大理 seemed, is it really countering anything? Or is it just an escape? Through contact and real engagement with the outside, a counterculture can play some role in keeping the mainstream honest, and through the same contact remain honest itself. When the culture is tuned out and dropped out, though, it provides little more than a haven for similarly lost souls.

But maybe I’m underestimating the exchange in which locals and tourists take part. Do those middle- and upper-class families buying local embroidery and “Wu-tang” African drums (don’t ask) walk away with anything other than souvenirs and pretty pictures? How about the 20-somethings who spend some time in local bars and have a few conversations with locals their age? And the people from other parts of China and the larger world who move to 大理, adopt new names and dress, and live off the tourist economy, do they still engage with the history and culture of the nation as a whole? After a month of living there, I’m still unsure. 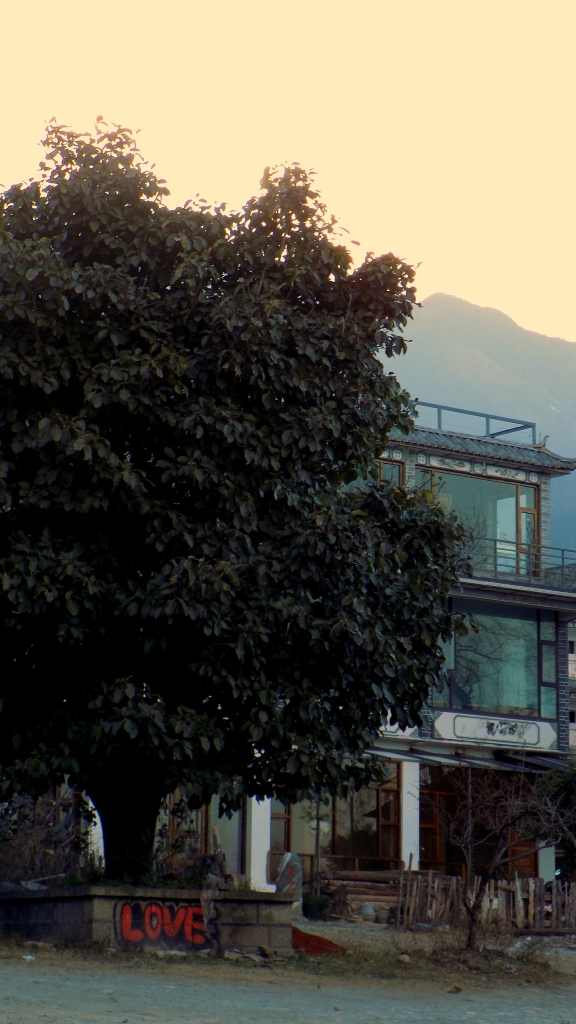