I meant to write this before I left, as sort of a statement of intent for the trip, and for the blog. But right now these are my biggest ideas (nearly all appropriated), and they have taken a while to put down. Their sources have been hard to pin down, put in order, and articulate, and sometimes one gets a little carried away with West Wing and doesn’t have time to do all of the things one wants to do. So, belatedly, here goes: the ideas, not mine, that are why I’m on my way to Jishou.

On a personal level, I think the earliest seed of the idea for this journey came from my parents. As a family we passed by slums and met and stayed with people in rural areas of El Salvador and Thailand. We traveled for lots of reasons, but buried among them was always an education: learning about other people, their places, their lives, and their ideas. It was a while before such things overwhelmed the excitement of body surfing and zip-lines, but they were always there. And that’s the beauty of it in many ways. You learn just by showing up.

In the spring of my 13th year, I went to El Salvador with my mother to meet with community leaders and help organize funding for the construction of a health clinic in the community of La Colorada, Tasajera Island, El Salvador. Being a seventh grader of limited Spanish language ability, I had spent most of the day sweltering and trying to look just engaged enough to be polite without actually seeming like I could be considered part of the conversation. This was tiring work, and I was in a sort of daze as a wizened old church official gave his blessings to the project and ushered us out of his office.

I was under the impression that he hadn’t really noticed my presence through his thick bifocals, but he stopped me at the door with a firm grip on the shoulder. He looked deep down in my soul in that way that only church-people can and said something kind but serious. I didn’t particularly know what to do, so I thanked him and we said adios. On our way out, my mom gave a whispered translation which I remember like this: “I think that if your presidents had done what you’re doing when they were your age, they wouldn’t make war so often.” 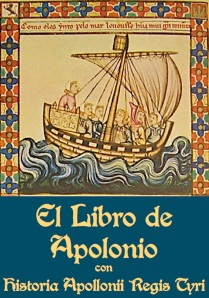 These ideas are not new. One of the last classes of my college career was centered around Spanish-language texts that showed contact across the Mediterranean in the time leading up to the era of Don Quixote (ca. 13th-17th centuries). Scholar-king after poet-scholar, intelligent people all, are portrayed by these texts going out into the world and making fools of themselves. At the end of their story, though, they are always conspicuously wiser. These texts reflect an idea that seems to have been bouncing around the Mediterranean for quite some time, translated from Arabic to Spanish to French: “Más hallarás en el bosque que en los libros,” “You’ll find more in the trees than you will in books.” (french version attributable to St. Bernard). In arabic, the saying “الرحلة في الطلب العلم”, “Travel in search of knowledge.” People gave their lives to the mercy of chance to learn about the world on the other side of the sea.

I’m not one to take a risk without a reward. But now is a time for woods. I want to go find things that I can’t find in books. 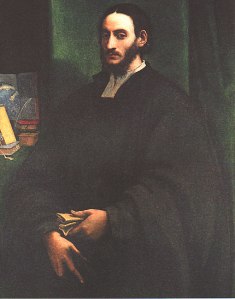 (Leo Africanus (al-Hasan ibn Muhammad al-wazzan al-Fasi)- Born in Granada immediately before the fall of the Andalusian Muslim empire, he became an ambassador between city-states across northern Africa, before being captured by pirates and taken as a slave to Pope Leo X. He was baptized and employed as a scholar in the court of the pope, where he wrote Descrittione dell’Africa (Description of Africa). This work was translated into many European language, and was among the most important sources of information for colonial powers as they moved into Africa.)

Almost nothing’s funner than a bicycle. I still remember the day that my parents took my best friend Richard and me down to an unused lot at the end of the street and took off the training wheels. It had rained that morning and the air had that damp warm freshness that hints at early spring. We wore hoodies so that my parents could hold on and help us balance. As simple as that, we were off to lifetimes of biking–albeit slowly and not in particularly straight lines.

As I grew up, I biked everywhere–to school, to friends’ houses, and later, to work. In middle school, Richard and I and our friend Kenji spent long days down at the University of Oregon campus, jumping over flights of stairs, balancing on planter boxes, being hooligans, and having a generally great time. In college, my bike was an escape from Walla Walla cabin fever. Whenever I had spent too long in the bubble, I would take off out into the country for a day and see what I could see. And I would be remiss if I didn’t mention the Whitman Cycling Team, the wonderful group of people who showed me that racing can actually be fun. This all to say three things: I love bikes, I love biking, and I want to bike everywhere.

Since I want to lead a meaningful life and be able to actually help people one day, I’ve set the goal for my tour at ~1 circumference of the earth (fat way ’round), 24,901 miles, or 40,075 km. It should take me about three years once I get going, from Shanghai to the UK to Morocco, then from Prudhoe Bay, Alaska to Tierra del Fuego and then on to Valparaíso, Chile. And since it’s important (see below), I’m tying my tour to the climate movement. Once my departure gets closer, I will begin raising money for 350.org, one of the biggest forces in the movement today.

(Copied from my page “Why it’s important”)

Simply put, global climate change is the biggest challenge we’ve ever faced. The rapidly changing will affect the livelihood of every organism on this planet, from here on out. It’s hard to talk about it without sounding hyperbolic and alarmist, but–well, the facts really are quite alarming.

Humanity is today waking up 200 years into a new geological epoch. 200 years is not a lot of time–three generations, if you ask John Tyler–compared to the hundreds of thousands typically involved in major climate change. We’re having an understandably difficult time adjusting. We have taken the overwhelming benefits of the industrial revolution in stride, and the sacrifice that our outstanding quality of life requires has become apparent only in the last 40. The world has gotten faster and faster in the last 200 years. It moves faster, it changes faster. We need to change faster too.

As far as we can understand, there have been 5 mass extinctions in the history of the earth, each killing off at least 50% of animal species. The first one occurred ~445 million years ago. And there have been only 4 similar events since then. (To give a sense of scale, 200 years is to 445 million as 3 minutes is to 15 years). If we continue down the road we’re on, allowing global warming and the pollution of the world’s ecosystems, we will in all likelihood be responsible for the sixth mass extinction event in the history of the world.

If you aren’t the type to let biodiversity keep your attention, consider the myriad consequences for us. Rising tides could displace 30 million people in Bangladesh alone. Climate change exacerbates storms and droughts, leading to more catastrophic floods and wildfires that take a significant economic toll. Perhaps worst of all, climatologists at the University of Washington and Stanford University recently calculated that for every 1°C in the average global temperature,  grain yields will be reduced by 10% (We’ve experienced 1°C of warming since the dawn of the industrial age, much of it since 1950). The famine and conflict that could stem from such an agricultural collapse would degrade human dignity around the world.

Needless to say, time is a factor. We need to act now. The momentum of the global climate movement is building, or rather, people are building it, but we’re a long way off. The fossil fuel industry that gives us coal, gasoline, and natural gas is still the most powerful and lucrative the world has ever seen. My generation will probably see more war and famine than my parents’ generation, despite all the improvements in quality of life that have come from science and the computer age.

Now is the time to stop global climate change, cut fossil fuels out of our lives, and move past the trappings of the fuels that defined the industrial age. We’ve awoken in a new geologic epoch. It promises to be a challenging one, but it won’t be all bad, and we can make it better. We can go out into this era living more justly and healthily than we did before.

So, jump to action. Now. Bike to school/work, install solar and wind, call your representatives in government, and contribute to the global climate movement, by learning everything you can (links!), by telling everyone you know, and (/or) by donating.

This is the biggest thing we’ve ever faced. 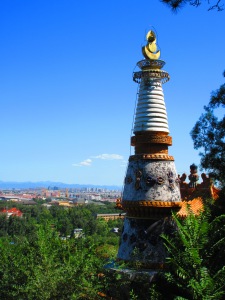 So, Why am I in China? The key is language. Language is how we communicate our most complex and important ideas, it’s how we remember beyond the span of a hundred-odd years, it’s how we build. It’s how we’re ever better and more united than we were before. And learning new languages opens the door to understanding culture, thus allowing us to more fully question our own views and viewpoints. Studying Spanish language and literature taught me an incredible amount about the world (from access to artists like Cervantes, Borges, and Victor Jara, to the delicate line between “sleep” and “dream”)

And that didn’t even leave the neighborhood as far as languages go. It’s a big scale.

So I am learning Mandarin. It’s not easy for me. My memory for sounds and tones is not the best. But I’ll get there eventually.

So I’ll teach, and I’ll learn, and I’ll tell you all about it, if you want to listen. And then I’ll continue around the globe on the biggest adventure of my life.

Part 2: Arrival to follow when I arrive in Jishou.